Below are some answers to questions from players in the past. If you're still having issues, reach out to help@golfscope.com and join our Discord.

Is this game realistic?

Yes, using engines from our own technologies such as Golf Scope and Simply Putting, we've analyzed millions of feet of putts in the real world and used that data to fine-tune our physics to feel like you’re playing on a real course. You really have to try it to believe it.

Is this game only for golfers?

Our team is comprised of gamers and golfers and we set out to build something that golfers would love because it feels like playing golf, and gamers would love because it’s fun! We tried to create something half way in between Mario Golf and Tiger Woods for Xbox, both games we grew up playing. It’s meant to be far more casual than the real game, but equally challenging and competitive, if that’s your thing.

It’s easy enough for anyone to play and enjoy, and literally impossible to fully master, just like the real sport.

Can I use both controllers?

Pro Putt is a single controller game. We recommend putting your other controller on a table out of sight. Just don’t put it on the floor unless you want it stepped on!

Can I play left-handed?

What is Giant Mode?

See more on Giant Mode and other ways to navigate the game in the "How do I move around?" section below.

How do I move around?

How does Leaderboard scoring work?

The leaderboard scoring depends on a few things, such as the game mode (Campaign, Play a Round, Putt Lounge) and whether you get a hole in one, or more strokes.

We have a leaderboard on every single hole, for both amateur and pro modes. In campaign mode you’re initially ranked by how many strokes it took to get the ball in the hole, where fewer strokes is better. If we have a tie, we use feet of putts as a tie breaker. If you get a hole in one, we give someone with more feet of putts the win, because taking a longer path is generally more challenging than a shorter path. However, if you don’t get a hole in one we award the tie to the player with less feet of putts, because that means they got their last shot close to the hole, which generally requires more skill than a lucky putt that goes in from a longer distance.

This leaderboard is more straightforward. The lower your score, the higher you rank. If we see multiple players with the same score, we award the tie to the player with the most feet of putts, because they made more long putts, which is generally more difficult.

This leaderboard is the simplest. The more points the better. Each game has slightly different rules, but every game has a specific points score and the higher the points, the better you rank.

What are “feet of putts”?

Feet of putts are used in Campaign and Play a Round as tie breakers and we award golf balls as you earn more feet of putts.

It represents the distance the ball traveled when it went into the hole. If it took multiple shots to get the ball in the hole, we only track the very last putt. It can range from a couple inches, to hundreds of feet. We measure the exact path of the ball instead of a direct line from the start position to the hole, so taking interesting lines, like off a rock or tree, or around a bend, will generally lead to more feet of putts.

I’m having issues with tracking

We recommend playing in a decently lit room, but away from sunshine or windows. Tracking is completely controlled by Oculus so unfortunately there’s nothing we can do in our app to improve it, but if you’re finding our app is having more issues than other apps, please reach out!

How does trigger work?

Trigger is your go to action in Pro Putt. If you want to get to the ball, trigger is generally how you do it. After you hit a putt you can follow the ball by hitting trigger and we’ll teleport you right there. Once the ball stops you can use trigger to move to your next putt. Trigger is also used to activate or deactivate the ball. When the ball is semi-transparent it is not active and you can swing through it freely. We did this to avoid accidental hits. Once the ball is active it can be hit and if you accidentally tap it, you’ll lose that stroke, so be careful!

You can also use trigger to get back to your ball after you teleport, or go into Giant Mode.

I teleported to my ball and tried to activate it, but the trigger button put me in a weird orientation, what’s up with that?

We totally get how frustrating that is and our solution is the use of the A/X button to set your orientation. Since we want you to be able to play the game without having to rotate your body, we use the A/X button to set your desired orientation, and trigger to allow you to move to the next putt such that you’re lined up to hit your next shot. There are cases where you might want to hit the ball in a different direction and in that case you can use the left / right thumb stick buttons to turn left or right.

Read about how the A/X buttons work below to help get oriented.

How does the A/X button work?

In Pro Putt, orientation is critical, so we wanted to build a way where you could stand in exactly the same spot and play the game end-to-end. The A/X button is what you’ll use to set that orientation exactly how you like it.

Regardless of where you’re standing or facing in your guardian, you can hit the A/X button and we’ll show you the guardian bounds and give you the chance to move to wherever is comfortable and lock in your stance. We preview where your ball will be, in the scope UI, and where your feet should be with the blue footprints. Once you feel good about where you’re standing you can hit A/X again to lock in that orientation. From then on we recommend using the trigger button to follow your ball and move to your next putting position.

How do I adjust my club length?

Access settings with the B/Y button, or go to settings in the main menu and choose "Putter Length". Use the thumb stick up or down to get the right length to your preference. Pull trigger to confirm the size adjustment.

I noticed a purple dot when my ball is inactive, what’s that all about?

The dot has two purposes. One, it helps to see when your ball is inactive, especially if you’re in a bunker. Two, it’s used to show your power setting. You can change the power of your putter in the Settings menu and some players like to change that on a shot by shot basis. If you set the power to 100%, the dot turns bright red. And if you set it to 0% the dot turns light blue. 50% results in purple. If you do change power it’s nice to be able to glance down and double check that the dot is the color you expect before you hit since the wrong power can make a big difference.

How does power work?

Power is used to determine how fast the ball comes off the putter when it’s hit. A higher power means the ball will come off the putter at a higher speed, and a lower power means the opposite. We recommend playing with the power setting until you find something that feels right to you. You can also adjust power on a shot by shot basis, which can really help out on longer shots.
As mentioned above, the dot that’s visible inside of an inactive ball represents the power you have set. If you have power at 100% it’ll be bright red, and if power is set at 0% it’s light blue. 50% power is purple.

For features and interviews email hello@golfscope.com 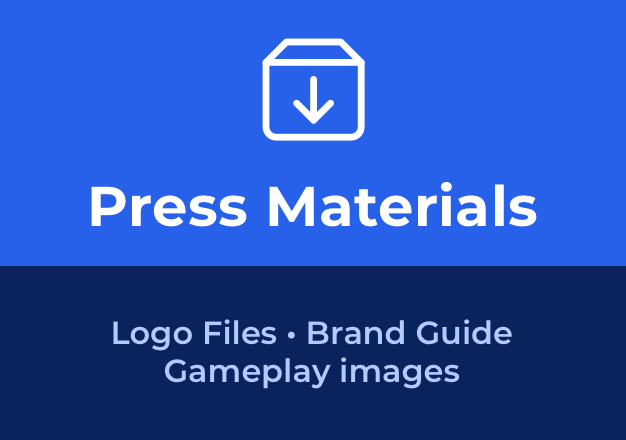